In this month’s blog, Patricia Banks develops the concept of “diversity capital” to unpack how patronage of the black cultural sector operates as an instrument of corporate communication and impression management.

By Patricia A. Banks

In 2011, Aetna, a health insurance company, announced a $1.275 million dollar donation toward the effort to build the Martin Luther King, Jr. National Memorial in Washington, D.C. Aetna is not alone as a corporate supporter of black culture. Other companies, such as Boeing, Toyota, and BMW have supported various black cultural causes like the National Museum of African American History and Culture, the Alvin Ailey American Dance Theater, and the Harlem Fine Arts Show. These and other black cultural institutions and initiatives partly owe their existence to donations and sponsorships from modern corporate Medicis. 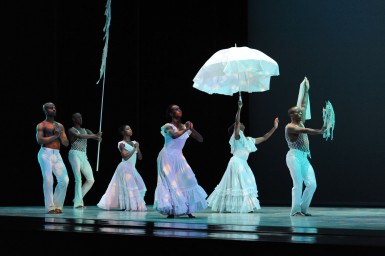 Although the black cultural sector relies on support from corporations, we have little understanding of the benefits of this type of patronage for firms. The sociological research on corporate support for the arts offers some clues. As sociologist Victoria D. Alexander shows in her research on corporate patronage, business support for the arts is a form of enlightened self-interest. On one hand society benefits from corporate cultural largesse. But, firms also receive an advantage from these arrangements. On the self-interest side, one benefit is that firms that support culture can project an image that they are good corporate citizens. While this observation is informative, it offers limited understanding of how firms profit from specifically supporting black cultural initiatives.

To address this gap in knowledge I set out to study why businesses support culture associated with blacks and other racial and ethnic minorities. Drawing on a range of archival and ethnographic data, I am gaining insight on how black cultural patronage pays for businesses. I am finding that for businesses black cultural patronage functions as a form of what I term diversity capital. I define diversity capital as cultural practices and values that allow organizations to solve problems and leverage opportunities related to race and ethnicity and other social differences. Before elaborating this point, it is useful to refer to the broader sociological research on race and cultural capital.

Although cultural capital as originally conceived by the French sociologist Pierre Bourdieu and his colleagues emphasizes how the culture of dominant groups functions as a resource, researchers have increasingly turned attention to how the culture of non-dominant groups, such as African Americans, yields returns. For example, in her research on black urban youth, Prudence L. Carter developed the concept of black cultural capital to describe how the consumption of black culture is used to regulate who is accepted as authentically black. Similarly, in my own scholarship on support for the arts, I show how black cultural patronage, such as collecting art from the African Diaspora and supporting African American museums, is used by the black upper-middle and upper-class to articulate and nurture their racial identity.

Research on race and organizations asserts that in order for corporations to maintain an appearance of falling in line with contemporary racial norms and values, they engage in practices that signal that they are diverse and inclusive (e.g. seeBerrey 2015, Collins 2011, Dobbin, Kim, and Kalev 2011, Edelman 2016, Leong 2013, and Skretny 2013. Through content analysis of corporate cultural patronage documents—e.g. public relations documents that companies use to publicize their patronage such as press releases about cultural donations and sponsorships—and diversity documents—e.g. public relations documents that firms use to publicize their diversity efforts such as diversity reports—my research reveals how black cultural patronage is one such tool that companies use to communicate their inclusivity. Corporate cultural patronage documents construct a narrative of companies being diverse and connected to African Americans. In addition, corporate diversity documents use black cultural patronage as evidence of a corporate commitment to inclusivity.

For example, when fundraising for the MLK memorial was taking place, several businesses stepped up to help pay for the multi-million dollar initiative. Aetna publicly announced financial support for the project in 2007 and 2011. In PR about this patronage, the company notes that it embraces the values epitomized by the civil rights leader through its “longtime commitment to diversity, equality and the African American community.”

Fundraising for the National Museum of African American History and Culture, which opened in 2016, overlapped with the MLK memorial. In the case of the NMAAHC, the fundraising plan called for half of the expected $500,000,000 cost to be raised from the private sector. Along with individuals and foundations, corporations helped fundraisers to meet this goal. One of the companies that gave was the insurance company New York Life. With a million dollar gift to the NMAAHC, they are designated as a “founding donor.” To publicize their commitment to African Americans, the company created an “African American” timeline that notes important developments in their racial history. The firm’s seven-figure NMAAHC gift is listed on the timeline.

McDonald’s, the fast food company, also signals their commitment to African Americans through black cultural patronage. In particular, the company’s sponsorship of gospel music is central to their public representation as a firm that is closely linked to the black community. Each year McDonald’s sponsors the “Inspiration Celebration Gospel Tour” which has featured vocalists such as Yolanda Adams and Erica Campbell. The tour is promoted on “365Black,” which is a special section of the McDonald’s website dedicated to African Americans. 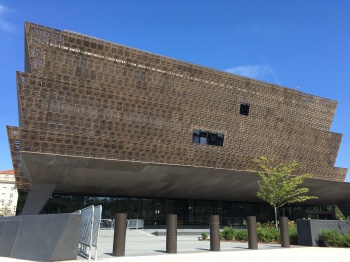 These companies’ support for culture illustrate how black cultural patronage is used to manage the racial identities of businesses. I am also finding that cultural patronage associated with other racial and ethnic groups plays this role, albeit in distinct ways. Corporate patronage of Asian, Latinx, and Native American culture is used to signal a connection and commitment to Asians, Latinxs and Native Americans, respectively. For instance, in publicity about their sponsorship of the Annual Gathering of Nations Powwow, Ultra Health, a cannabis company, affirmed that they are “committed to fostering positive relationships with Indian tribes.” 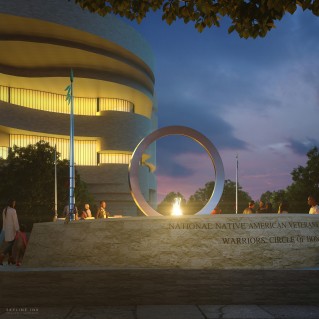 Major fundraising projects in the ethnic cultural sector continue across the United States. For example, millions are being raised to build the International African American Museum in Charleston, South Carolina, the National Museum of African American Music in Nashville, Tennessee and the National Native American Veterans Memorial in Washington, D.C. There are also pushes to establish a National Museum of the American Latino and National Museum of Asian Pacific American History and Culture as part of the Smithsonian. As these efforts are underway, it is especially critical to develop greater understanding of how ethnic cultural patronage allows businesses to do good while doing well. 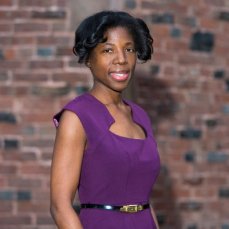 Patricia A. Banks is a CASBS Fellow at Stanford University and an Associate Professor of Sociology at Mount Holyoke College. She is the author of Represent: Art and Identity Among the Black Upper-Middle Class and Diversity and Philanthropy at African American Museums. In her research on corporate cultural patronage, Banks extends her investigation of race and cultural capital to organizations.

One thought on “Consume This! Diversity Capital and Corporate Cultural Patronage”