This conversation is part of a new feature of the Consumers and Consumption website: the “Scholars’ Conversations” series, where consumption scholars (broadly defined) are interviewed by graduate students or other scholars in the field about recent publications and their approach to all things consumption. This month, two faculty members, Christopher Andrews and Craig Lair, talk about their work on outsourcing, overworked consumers, and invisible consumption.

To learn more or to participate in the series, please email Nino Bariola (nbariola@utexas.edu) and Tim Rosenkranz (roset997@newschool.edu), or click here. 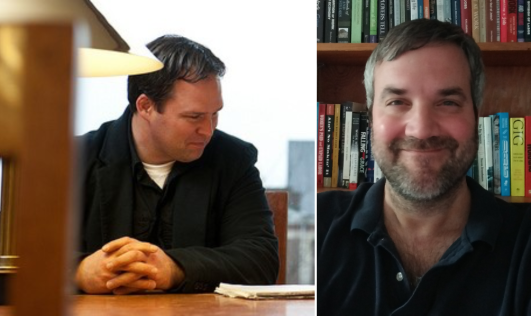 Christopher Andrews: I feel like you and I share so many interests and influences, in part, because we were classmates in the same graduate program at Maryland and took courses with many of the same professors. We’ve also collaborated on several occasions—most recently in an article examining job postings on Craiglist. But I don’t think we ever really discussed how we actually arrived at our research topics.

Somewhat serendipitously, I ended up deciding to focus on self-service and self-checkout lanes after a weekly trip to the local supermarket. I had been taking classes on theories of consumption with George Ritzer and work in the “new economy” with Bart Landry, and the self-checkout lanes being introduced in stores raised all sorts of interesting questions. Why were companies outsourcing work at a time when so many Americans were desperate for work during the recession? Would self-checkout lanes eliminate jobs and contribute to the “end of work”? And what was the appeal to consumers who were ostensibly being asked to “labor in” for free?

Those two courses provided me with a sociological toolkit of concepts and theories that essentially laid the foundation for what became my dissertation, and later, my book The Overworked Consumer.

Chris: How did you end up focusing on outsourcing?

Craig Lair: I ended up focusing on outsourcing because George Ritzer suggested it as a dissertation topic after seeing a presentation by Arlie Hochschild.  In my dissertation, I tried to understand the trend of outsourcing personal and family affairs from the perspective of reflexive modernization theory. One thing I noticed was that there tended to be distinct literatures on outsourcing in the business realm, the government, and in intimate and family life. So after my dissertation, I did work that argued that if we see outsourcing as a distinct form of social interaction, then we should see some common patterns wherever outsourcing occurs (Lair 2012).

In other words, I tried to show there were common features in business, government, and personal/family outsourcing.  I have returned more recently to my interest in outsourcing in the personal and family realms. Part of this has been work on how employers will advertise exploitative (Lair, MacLeod & Budgar 2016) and/or highly precarious expectations of nannies on Craigslist (Lair & Andrews 2018). The other part has been on how people use outsourcing to make them appear in certain ways. For example, I did research on companies you can hire to inscribe greeting cards for you, but where these companies try to hide their involvement in this process (Lair 2016). The result is that an individual can outsource the act of inscribing a card but the recipient of it will not know an act of outsourcing occurred.

Chris: Arlie Hochschild has always been one of my favorite sociologists. It’s interesting that you both find American families adopting the same business practices as large corporations. It seems that much of what I’ve read on the “gig economy” emphasizes the role of new technologies such as apps and smartphones, but isn’t outsourcing also a major factor driving the growth of such fragmented and precarious work? After all, where is the demand for these services coming from? The last bit you mentioned about hiding or masking the use of outsourcing—to me that also suggests there is a moral dimension to outsourcing. How do you see moral factors limiting or shaping the use of outsourcing? Is there a moral ethic to outsourcing? Sorry for bombarding you with some many questions all at once!

Craig: I definitely think that personal and family outsourcing is one of the main drivers of the gig economy and work that is all too often highly precarious. What technology has done has allowed individuals to connect with the providers of these services in new and efficient ways. So there is a symbiotic relationship between technology and outsourcing that is fueling the gig economy.

In terms of morality and outsourcing, I do think that concerns regarding the former helps to shape the practice of the latter. In my work on the outsourcing of greeting cards, and in more recent research on what I am calling “invisible consumption”—situations where a company provides an individual with a good or service but promises this provisioning will not be detected by others—, I see people acting as, what Goffman calls, “merchants of morality.”  Goffman argues that people are so concerned with being seen as someone who upholds the moral standards of a particular social order that if, for some reason, they cannot uphold these standards they will engineer the impression that they are actually doing so. I have argued that outsourcing is one means of engineering this kind of impression. For example, the outsourcing of a greeting card inscriptions allows the individual to appear as the kind of person who performs this kind of personal act for another when, in actuality, they were not the person who inscribed a card. So yes, I think morality does influence this kind of outsourcing in some significant ways.

Craig: How did you see moral concerns influence the use and reception of self-checkouts?

Chris: I think one could also argue that the relationship between providers and consumers of such services is a symbiotic relationship since each benefits from interacting with the other. On the other hand, I could see an argument being made that companies like Uber or DoorDash are parasite since they essentially extract a percentage of workers’ wages and/or tips as a cost of doing business. Some people might deem this justifiable in a 20th century brick-and-mortar business in which there is considerable overhead and fixed capital, but many of these on-demand, crowdsourced apps have comparatively little of either. Perhaps that’s why there was such an outcry when the news recently reported that DoorDash and Instacart customers’ tips were not going directly to the workers but were used to subsidize base pay. American consumers clearly have views about how payments for these transactions should be handled and this is perhaps why other companies, like Grubhub and Seamless, allow drivers to keep 100% of their tips.

As far as self-checkouts, one of the biggest concerns I saw regarding the morality of their use concerned job loss. Specifically, some customers I interviewed criticized them and avoided using them because they thought the technology was being used to eliminate jobs. That was actually one of my initial working hypotheses that I later discovered was in fact not true. Even when we control for population growth and the number of stores, the introduction of self-checkout lanes has not significantly reduced the number of cashiers working in the supermarket industry. Why? I won’t address that here but you can read about it in the Consume This! post introducing my book.

Jobs aside, I think a second moral issue concerns whether these machines deliver what they promise; for example, several experiments have demonstrated that self-checkout lanes are not in fact faster than conventional checkout lanes. And there is the criticism that self-service is yet another form of shadow work, beckoning consumers to perform even more unpaid work. When Clarence Saunders invented the modern supermarket, he thought customers would be willing to do more of the work picking up and carrying items to the cashier if they received lower prices in return. And they did. But today, I don’t see stores, airports, or other businesses offering any measurable economic incentive for consumers to labor in. The only advantages I encountered were that doing so allowed customers to avoid face-to-face interactions, but historically American consumers have tended to view personal service in positive rather than negative terms.

Chris: What’s next for you in terms of research?

Craig: I am currently studying companies that sell fake college diplomas, transcripts, and other bogus credentials and how they explain their services. In general, these companies offer plausibly legitimate reasons for why someone would need a fake diploma (e.g., you lost your diploma and want a new one but your alma mater has since closed), but they also tend to indicate that their fake credentials can be used for less legitimate purposes. For example, they will say things like even though their fake diplomas are intended as novelties, they are so realistic that no one will know they are inauthentic.

They also emphasize that nothing on the degree will indicate that the degrees they sell are fake except for an easily removed sticker with the word “novelty” on it. Other companies emphasize that in no way should their products be used for the purpose of getting a job, but later note that most employers do not verify the credentials employees claim to have, showing how, “in theory,” one could use fake academic credentials to get a job. I refer to this kind double talk as “winking” since a number of companies use the winking emoji when talking about these things.

What’s next for you, and what is your guilty pleasure in terms of consumption? For me it is iced cookies. Even though I know they are not good for you, if we have them in the house I just cannot stop myself from eating them. Thus, I have to pretend to not see them in the store otherwise they end up coming home with me.

Chris: I’m focusing on the ongoing moral panic over automation and anticipated job loss. Interestingly enough, the fears over technology and work we are currently witnessing have occurred several times before. For example, the “great employment controversy” over the potential effects of automation in the 1960s led to a Presidential commission that found that technology eliminated jobs, but not work. Economic historians reveal that while the number of jobs in agriculture and manufacturing declines, the number of jobs in services dramatically increased. Yet, today books about automation, robots, and AI eliminating work are national bestsellers. What gives? This becomes especially puzzling when we start to examine employment data on the sectors and jobs that were predicted to be most affected by these innovations. For example, the introduction of ATMs and self-checkout lanes have not significantly reduced the number of cashiers or bank tellers—in fact, they’ve only continued to grow, even when we control for things like population growth and number of establishments.

My guilty pleasure in terms of consumption? The tiramisu at the local store—it’s decadent but small enough in size that seems reasonable. The best part is that because it is so popular sometimes they sell out, meaning that when it’s there I feel justified in buying it and when it’s not I tell myself that maybe—just maybe—it will be there next time. Adds a little magic and uncertainty to the shopping adventure!

Dr. Christopher Andrews is Associate Professor of Sociology at Drew University. He is the author of The Overworked Consumer: Self-Checkouts, Supermarkets, and the Do-It-Yourself Economy (Lexington, 2018). His academic articles appear in Sociological Inquiry and Sociological Spectrum. He received his Ph.D. from the University of Maryland, College Park. 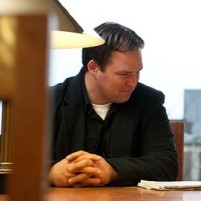 Dr. Craig Lair is Associate Professor of Sociology at Gettysburg College. His academic articles appear in Sociological Inquiry and Sociological Spectrum. He received his Ph.D. from the University of Maryland, College Park.

Carla is an aspiring Digital Sociologist with a Bachelor's degree in Sociology and a Master's degree in Business Administration from Montclair State University. She has over 5 years of digital marketing experience. Her research interests are consumer philanthropy, lifestyle choices, and anything revolving around the digital world. View more posts